According to several legal experts interviewed by TIS Monitor, international schools in Thailand are allowed to give fee discounts based on nationality and to charge foreign nationals less than Thais.

Many international schools in Thailand face a challenge creating an international environment on campus, with the desired mix of students from different countries being hard to come by.

The Thai middle class is growing, giving more Thais higher salaries, and opening up the option of sending their children to international schools. At the same time the number of expats, foreign nationals typically employed by large corporations or foreign organizations, who often have the tuition fees of accompanying children paid for by their employer, is shrinking.

This is creating an imbalance in the mix of students at international schools, and some of these schools are now openly offering large discounts to foreign families.

Dual pricing hits both ways
Dual pricing has been a thorny issue in Thailand for a long time. Normally however it is foreigners, or strictly speaking foreign visitors to Thailand, who have to pay more when entering attractions such as national parks or amusements parks, while Thai nationals or foreigners residing in Thailand pay less.

There have been campaigns on social media against, and many newspaper reports about, this seemingly discriminatory practice.

Less well known is the reverse situation, where Thai nationals have to pay more than foreigners for an identical service. 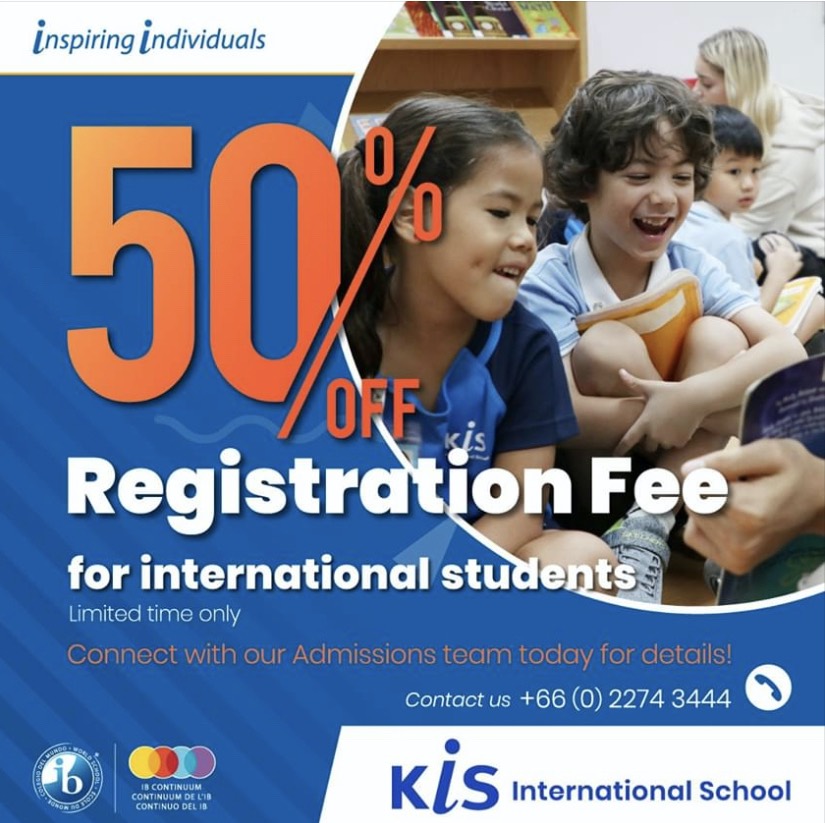 In a recent campaign on Facebook, KIS, an upscale international school in Bangkok, offered a discount of 50% off registration fees for foreign students.

When TIS Monitor calls the school to enquire about enrolling a six year old Swedish boy, we are clearly offered a discount based on the boy’s nationality.

“If he is Swedish, you are entitled to this promotion. The registration fee is 210,000 baht and you will receive 50% off,” a woman at the school’s admission department informs us.

Discounts are only for Westerners
Another international school, DBS Denla British School, in Nonthaburi, just north of Bangkok, is offering a 50% discount on tuition fees to “expat” members of the FCCT, the Foreign Correspondents’ Club of Thailand. 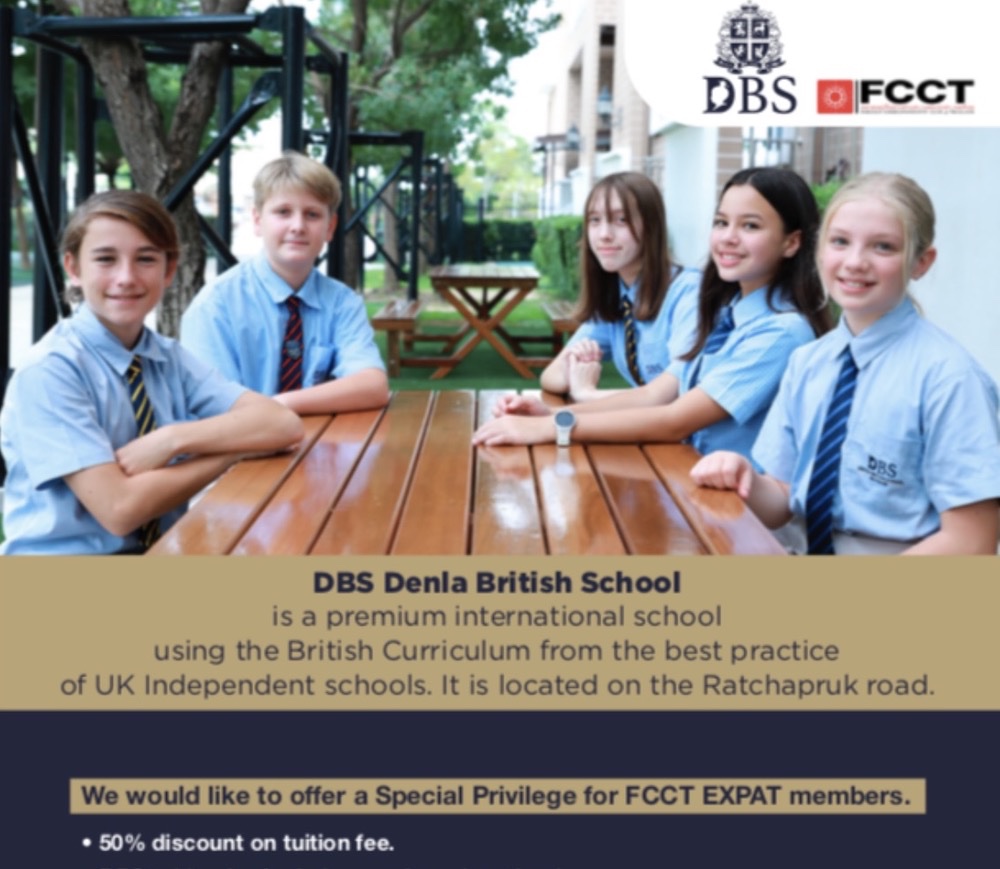 But after reading the fine print it becomes clear that not all expats are eligible. Instead, it clearly states “The privilege is only for Western families” with an accompanying note that the countries included are the UK, Ireland, Australia, New Zealand, US, Canada, and 44 other European countries.

This leaves families from Africa, South America, the Middle East and other parts of Asia disqualified from the promotion.

However, several legal experts contacted by TIS Monitor do not think that dual pricing based on student origin should be regarded as discrimination. Some of them are even surprised that the question is asked, as they have never heard of anyone raising this matter before. One even says that dual pricing could be mutually beneficial.

The Lawyer Council of Thailand runs a hotline staffed by volunteer lawyers. When TIS Monitor calls to enquire, a volunteer, who doesn’t want to reveal his identity, tells us:

“It is not illegal as there is no law against this practice. It is the school’s right to offer discounts to a particular group as they wish”.

“It is not illegal to offer this promotion based on origin as this is a private school. However, it would be different if it had been a government school. Then it could not be done”.

Not discrimination but a “business-decision”
Pareena Srivanit, a Law Ph.D holder and Assistant Professor at Chulalongkorn University’s Department of Law, echoes these views.

“I don’t think this is illegal. International schools may have a good reason, like maintaining a certain ratio of foreign students to keep the school truly international. It is a business decision,” she says, and continues:

“It is not discrimination because this practice does not indicate that one group is inferior to another. If a private school wants to give discounts to, let’s say, disabled students, it is not illegal at all,” she says.

She does however admit that government run schools could not do this.

“It would definitely be illegal for government schools to advertise an offer of discounts based on origin”.

At OPEC, the department within The Ministry of Education overseeing international schools, Mr. Ratchata Sa-ngobjit is a legal officer.

“An international school can always collect less, but never more, than its published fees. It is not wrong for them to offer discounts to some nationalities,” he tells us.

An Issue for the Constitution Court
None of these legal experts have heard of anyone bringing a case of discrimination about school fees to court.

“If you think this is discrimination, take it to the Constitution court and see how they will rule,” says Ms Sureeruch Doungsawang, the family court lawyer.

There is however a different section of Thai law that may have some bearing on this case. At law firm Siam Legal there are experts in consumer protection and laws regulating advertising. On its website, Siam Legal writes that in advertising, it is illegal to use ”a statement which will cause disunity or adversely affects the unity among the public.”

One could imagine a strained relationship between Thais and foreigners developing, given that the latter is being offered significant discounts at some international schools.

But when contacted, Mr Nathan Wajanathawornchai, attorney of law at Siam Legal, says he doesn’t know if it is illegal or discriminatory because a case like this has never been tried in court. But even if someone did bring it to court, the court would probably find it challenging to rule on, he says.

“What we have here is mutual satisfaction of both sides. There is no damage to any side. If you as a Thai already signed a contract, it would be difficult to argue in court that the fee you are paying is unfair”.

A way around
To avoid being accused of discrimination, there is a different way for schools to achieve the same result: rather than lowering fees, hand out scholarships!

This is the approach of Ruamrudee International School in Ratchapreuk, which, according to an ad on Facebook, is offering “Diversity Scholarships”.

“This is a scholarship for nationalities other than Thai,” a woman at the school’s admissions office says.

According to her it is a scholarship, and not a general discount for all non-Thais, offered on a first-come, first-served basis, as the number is limited.

It offers a 30% deduction on tuition fees throughout the whole time enrolled at the school.